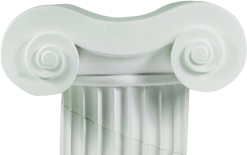 Deep.Blue was a very popular domain at auction when the .Blue TLD was released in 2015, with 13 bidders originally vying for the domain. Unfortunately we did not win it originally but we  now have the chance to sell this great domain as the Californian client who was was opening a series of fish restaurants has since moved in a different direction and asked Jupiter Domains to sell it on her behalf.

Deep.Blue can be used in so many directions, the fish restaurant was a good idea as is deep sea sports fishing, scuba diving and we also had attention from a couple of marketing companies on different continents who both had the same name but not associated, strange coincidence??

So if you are looking for a VERY memorable domain for a new project or just have an "OK" .com and want something better then this premium domain can certainly work for you.